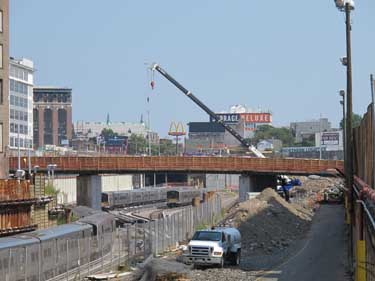 Atlantic Yards developer Forest City Ratner is planning to break ground this fall for the complex’s first residential tower—which is likely to provide much less affordable housing than promised.

The developer signed a memorandum pledging that half of the 363 apartments in the 32-story building would be affordable, but its revised plans stretch the definition of  “affordable.” According to documents obtained by Norman Oder of City Limits’ Brooklyn bureau, 17 of the 35 below-market two-bedroom apartments would rent for more than $2,700 a month. Only nine would be reserved for households making less than $36,000 for a family of three; those would rent for $835.

In the original agreement, half the affordable apartments were supposed to be family-size, with two or three bedrooms.  But when Forest City Ratner released the revised plans in November 2011, the overwhelming majority of the below-market units were studios or one-bedrooms, and none had three bedrooms. As public subsidies are awarded per unit, this makes it more profitable for developers to build smaller apartments.

The developer also skewed the planned income mix higher in order to make up for a funding gap, Oder reported. In New York, “affordability” is based on percentages of the metropolitan “area median income” (AMI). As this includes several affluent suburban counties, it’s $83,000 a year for a family of four, substantially more than the median for city households.

The New York City Housing Development Corporation, which generally prefers that developments it subsidizes be close to half family-sized units, agreed to a deal in which less than 20 percent were. In a statement obtained by Oder, HDC said that the recession had made it harder for Forest City Ratner to finance the project, and the preference for larger apartments was “a target that we seek to achieve, and is not meant to be interpreted as a non-negotiable rule or regulation.”

City Councilmember Letitia James, who represents the surrounding neighborhood and had pushed for more large apartments, told Oder that the changed income mix was an “appeal to higher-end individuals as opposed to residents who need it most.”