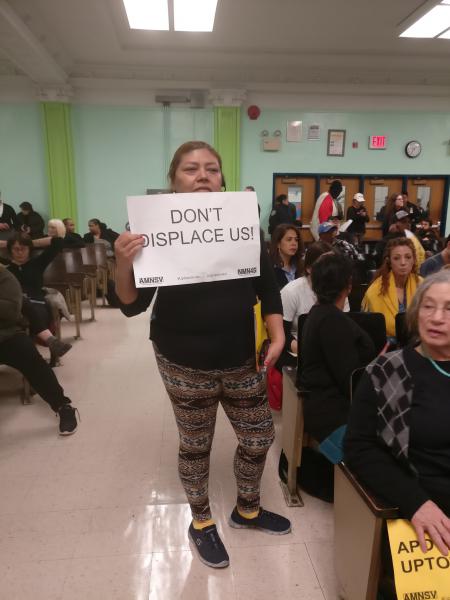 More than 500 people turned out in Inwood Feb. 22 for a hearing on the city’s plan to rezone the neighbor- hood for high-rise buildings with some affordable housing included, and more than three-quarters of the about 80 people who testified opposed the plan.

The Community Board 12 hearing, in an auditorium at JHS 52 on Academy Street, was the first step in the Uni- form Land Use Review Procedure required for the Inwood NYC plan. Community Board 12’s Land Use committee is drafting a resolution on the proposed rezoning, and the full board will vote on it March 20. The board’s vote will be a recommendation not binding on City Hall, and Bor- ough President Gale Brewer will also offer a non-binding opinion. The City Planning Commission and the City Council will cast the decisive votes, with Councilmember Ydanis Rodriguez having effective power to approve or veto it because the site is in his district, and other members usually defer to that.

The process is expected to take about six months, until late August.

The Inwood NYC plan relies largely on Mayor Bill de Blasio’s “mandatory inclusionary housing” system, in which neighborhoods are rezoned to allow construction of high-rise market-rate buildings with a percentage required to be “affordable.” It would rezone the “Commercial U” of Dyckman Street, Broadway, and 207th Streets to allow buildings up to 14 stories tall, about twice the current density, with taller buildings permitted in the Sherman Creek area, east of 10th Avenue along the Harlem River south of 206th Street.

The New York City Economic Development Corporation projects that the plan would lead to about 4,350 new apartments being built in Inwood, with 1,300 to 1,500 “affordable.” Developers could choose between having 30 percent of the apartments they build affordable for households with incomes up to about $62,000 a year for a family of three—about $1,550 a month—or a low- er-rent option in which 15 percent were affordable to households making up to about $49,000 and 10 per- cent for those making up to $33,000.

NYCEDC assistant vice president Rebecca Gafvert told the meeting that with- out the plan being approved, new housing could not be built in much of the neigh- borhood, and there would be no height limits or af- fordability requirements for new apartments that were built. Replacing the Inwood Library, she added, would create more than 100 af- fordable apartments.

A parade of witnesses listed multiple reasons they opposed it. People in the neighborhood wouldn’t be able to afford the “afford- able” apartments. It would accelerate gentrification. Bringing in 14,000 or more new residents would cram the already overcrowded schools, subways, and streets to the point of burst- ing. Small businesses would get priced out. High-rises would destroy the neighbor- hood’s feel. “Enough!” exclaimed Lina Melendez. “They invite members of the upper class to invade our low-income neighbor- hood.” “The rent is going to kill all the small businesses,” said retired bicycle repairman Victor DeLeon. Sula Mateo said she wasn’t against rezoning, but the plan as is would push out the pro- duce and beverage distributors who now operate in the Sherman Creek area.

Joanna Garcia said local schools are already at 105 percent of capacity, and if another 14,000 people are plunked into the neighborhood, the infrastruc- ture will collapse. Early 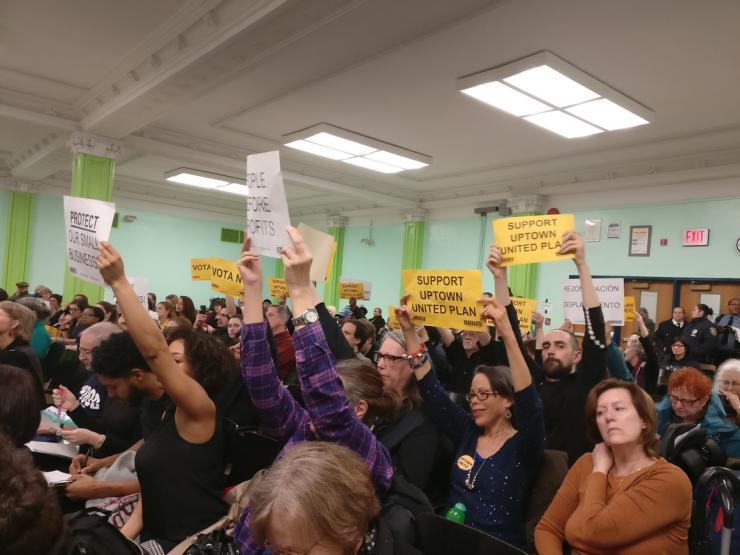 Alexandra Anderson, who said she’s lived in the neighborhood for 15 years, offered a paean to its views of the sky, and said “the plan will sell the sky to the highest bidder.

” “The EDC’s and Mayor’s rezoning plans are not community plans but the rezoning plans of REBNY, the Real Estate Board of New York,” longtime union organizer Ray Rogers said. “Why is the city allowing libraries, small businesses, public schools, hospitals, historic buildings and entire commu- nities to be bulldozed? Because that is what REBNY and the developers, landlords and property speculators running REBNY want.”

Less than 10 people testified in favor of the plan, two of them developers who pledged to build 100 percent af- fordable housing. A spokesperson for Rep. Adriano Espaillat said he would not support the plan unless it provided 5,000 apartments affordable to cur- rent residents.

Councilmember Rodriguez did not take a position on the plan, promising to “continue listening.” He noted that “a lot of people are being priced out” and got the most applause when he said “the library is very special.”

“Mandatory Inclusionary Housing originated as a policy to integrate white suburbs, but the city is now using it to gentrify working-class neighbor- hoods of color,” it says. “New residen- tial development must be permanently affordable for our community. It must match our income distribution: a me- dian income of $41,687, or 48 percent of the Area Median Income (AMI), with over one-quarter of families earning less than $24,500, or 30 percent of AMI.”

All housing built on upzoned land “must be affordable for our commu- nity,” it says. It wants half of new units reserved for households making less than 40 percent of AMI, with 20 per- cent for those making less than 20 percent—a rent of $430 a month for a family of three. It wants half of the apartments reserved for current and former Inwood residents “who have been displaced due to high rents.”

Other recommendations include assessing the rent history of all apart- ments north of 155th Street to educate tenants and “identify landlords who routinely abuse rent laws”; preserving the Inwood Library; creating special districts to protect the wholesalers and auto-repair shops in the Sherman Creek area and small businesses in the “Commercial U,” most of which are owned by immigrants and women; making repairs in the 1,167-apartment Dyckman Houses public-housing devel- opment; and hiring local residents for construction jobs that can get them into the building-trades unions. 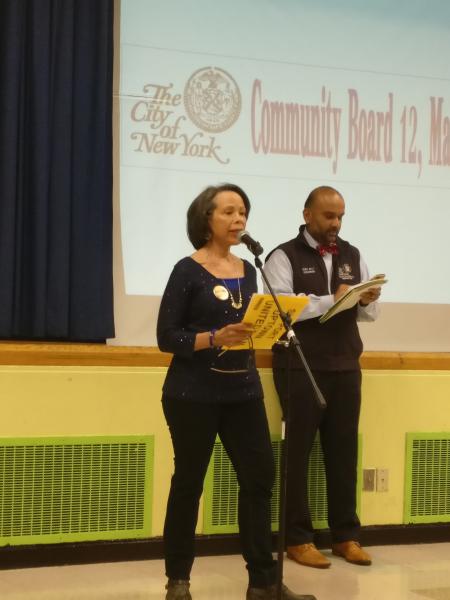 The EDC wrongly predicted that the plan will not cause significant dis- placement of renters, Uptown United argues, because it “never studied the risk of tenant displacement in the large number of rent-regulated apartments in Inwood and the surrounding neighborhoods,” particularly the 9,200 ten- ants paying temporarily discounted “preferential rents.”

“The overwhelming majority of the new housing being constructed will be market-rate, and the small amount of ‘affordable’ housing will be out of reach of our community,” it adds.

To stem speculation like that the rezonings of Williamsburg and down- town Brooklyn brought, “we must put preservation first,” it concludes. “For this development to be acceptable to our community, we must make it truly affordable to our community. Our members have done the work: The fi- nancial models of nonprofit developers show that we can, and that we must, build housing in buildings that can still cover their operating costs and func- tion well. We must be more creative than the profit-driven mechanisms we are presented.”