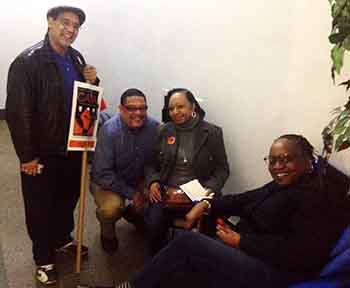 Tenants at 888 Grand Concourse in the Bronx went on rent strike Feb. 1, after years of problems with broken elevators, rodents, and a chronic lack of heat and hot water as the historic building sank into disrepair.

“We’ve had enough,” says tenant leader Carmen Vega-Rivera, who has lived there for 35 years. “It’s just this attitude of ‘I’m going to take your money and do whatever.’ If anything breaks, you can bet it’s not going to be repaired.”

The six-story, 81-unit Art Deco building on the southeast corner of 161st Street was once known as the “Politics Building,” Vega-Rivera says, because it’s across the street from Bronx Supreme Court and was once home to Congressmembers Jose Serrano and Robert Garcia. It’s now in foreclosure, as lender 888 NY FUND LLC is seeking to repossess it from the landlord. Louis Bombart’s Tiny Fiesta LLC. Who is managing it and the role played by Bombart’s son Jonathan are murky, she says.

Vega-Rivera, who works at the Bronx Museum of the Arts, says Bombart has been trouble since he bought the building in 1987: His first move was to get rid of the unionized staff. In 2010, tenants won a building-wide rent reduction for lack of services, and several tenants have gotten individual reductions. However, Vega-Rivera says, the landlord has refused to recognize that she won a reduction, and claims she owes $23,000 in back rent.

The building is in the city Department of Housing Preservation and Development’s Alternative Enforcement Program, which Community Action for Safe Apartments says is “reserved for especially bad actors.” Aided by CASA, the tenants “are now taking collective action to force a change in ownership,” Legal Services staff attorney Bob Hammond said in a statement Feb. 2.

“This rent strike is extremely critical,” says Vega-Rivera. “We want him out. It’s time to get a landlord who respects tenants and will give us the services we’ve paid for. We don’t want a speculator or a gentrifier.”