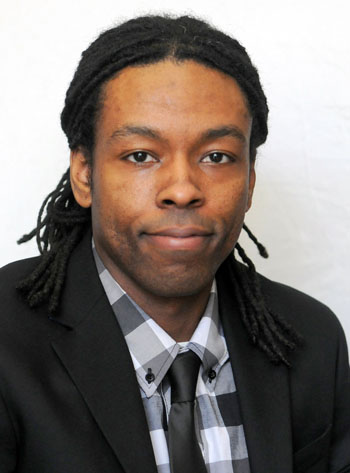 Met Council’s new executive director, Jaron Benjamin, came to housing activism from personal experience: His family had an unstable housing situation for most of his childhood, and they were homeless for several months after an arsonist seriously damaged their house when he was a teenager.

He took the reins on January 7, replacing Mario Mazzoni, our talented executive director for the last four years, who recruited him for the position. Jaron  comes to Met Council after four years as a creative, thoughtful, and strategy-minded organizer at VOCAL-New York.

Jaron’s arrival comes at a watershed moment for the Metropolitan Council on Housing and the tenant movement. Tenants’ political power has been diminished by two decades of legislative defeats. The only way we can reverse that is to build the tenant movement—and Met Council, New York City’s oldest tenant union—into a powerful force for real rent reform, a force that politicians, the media, and the public will have to take seriously. Our board of directors hired Jaron after a series of talks  about how to revitalize Met Council and the tenant movement.

Jaron was born in Tulsa, Oklahoma, in 1980. When he was 8 years old, his father lost his job as a supermarket manager after an unsuccessful strike, and had to relocate to Dallas to find work. The family followed him a few months later, after his dad was hired by the Internal Revenue Service. His mother later also got a job with the IRS.

The family moved into a low-income garden-apartment complex. Jaron vividly remembers hunger pangs that lasted for weeks. “For a couple of years, we had a steady diet of Spam sandwiches and ramen noodle soup,” he says. “Ronald Reagan claimed that there were no starving children in America. That made my dad really angry.”

They were forced to move out after his little brother was born, as the family was now too large for the unit. Jaron’s uncle owned a house that he was trying to sell, and they lived there for a few years. “People were always coming to look at the house,” Jaron recalls.

Jaron’s parents were active members of ACORN. As a result of ACORN’s campaign against redlining—the bank practice of drawing red lines around low-income neighborhoods and refusing to make loans within them—the Benjamins were able to get a loan to buy a house. But in late 1995, a burglar set their house on fire.

“The fire was the same day the Republicans in Washington shut the government down,” Jaron says. That suddenly deprived both his parents of their paychecks. The family stayed with church friends that night, then at a hotel, and eventually moved into temporary housing at another low-income complex. After several months their home was repaired, and they were able to move back.

Health care was also an issue. Jaron suffered from asthma and costochondritis, which causes painful swelling after physical activity. “One day I would be playing football, the next day I couldn’t move. I would just lie in bed and cry. We could not afford to spend a lot of money on medical care. My parents had medical insurance through the government, but it wasn’t the best coverage.”

Jaron was an honor student at the University of North Texas in Denton, where he  was regional coordinator of Men Against Violence, organizing against sexual violence on campus and in the Dallas-Fort Worth metropolitan area, and conducting training workshops all over the nation. He also organized the first Dallas Take Back the Night march.

After graduation, Jaron got a job as a community organizer with Dallas ACORN. “I immediately saw my role in the housing-justice movement,” he says, “and I wanted to be part of the organization that had helped my family.” He established a community council and organized members for rallies, press conferences, and lobbying.

He moved to New York City in 2008 after getting a job as an organizer with the New York City AIDS Housing Network, now known as VOCAL-New York (Voices of Community Advocates and Leaders).

“When we started out, we had an Excel spreadsheet with 74 contacts,” he remembers. “So I went to welfare centers to ask people if they were HASA clients, to food pantries, to AIDS service providers, anywhere people living with HIV/AIDS might be.” HASA, the HIV-AIDS Service Administration, is a city agency that provides rental assistance for people with AIDS—but the program’s requirements often leave recipients with only $11 a day for all their other needs, including food, clothing, transportation, and medications.

“We quickly identified housing as the major concern,” he remembers, “because people had to pay 70 percent of their income for rent.”

For the next two years, the group campaigned for a state law to increase aid to HASA clients so they wouldn’t have to pay more than 30 percent of their income in rent, the usual standard in housing-subsidy programs.

“Our allies were telling us we could never get this bill passed,” Jaron says. The state Senate, where Tom Duane was sponsor, passed it in 2009, but it never got out of committee in the Assembly. When they heard that Speaker Sheldon Silver was blocking it, “we showed up at 8 in the morning at Shelly Silver’s home on Grand Street with 100 people.”

Then, “some legislators told us that Silver was killing the bill because Governor David Paterson did not want to have to act on it.” The group cornered the governor after he spoke at a church in Bedford-Stuyvesant and asked him point-blank if he would sign Senator Duane’s AIDS housing bill. He replied, “If it gets to my desk, I will sign it.” They notified reporters, who called Silver to ask why he was holding the bill.

The Assembly finally passed the bill in January 2010, and the Senate did again in April. But Mayor Michael Bloomberg was now actively working against the bill, saying the city couldn’t afford it, and the Assembly delayed sending the bill to the governor because it looked as if he would veto it.

“Over the next few months we bird-dogged the governor. At the Gay Pride march in June, we showed up with banners reading ‘Governor, Show Some Pride.’ He asked if we could meet with him the next day in Albany. Twelve of us had a two-hour meeting with the governor and his staff. Bloomberg had put out cost estimates that greatly exceeded the real cost to the city. Their analysis ignored the ways the bill would save the city money.”

The group met with Paterson’s staff several times over the summer, produced its own fiscal analysis, and “ambushed” the governor at the West Indian Day parade— where he offered Jaron a job. After the Assembly sent the bill to Paterson in September, VOCAL met with him again, along with Duane, Assemblymember Deborah Glick, Christine Quinn, Bill de Blasio, and John Liu, who all urged him to sign it.

Two days after that meeting, on Sept. 17, 2010, Paterson vetoed the bill, citing Bloomberg’s exaggerated estimates of how much it would cost the city.

“The veto changed the thinking of our members,” Jaron says. “They went from, ‘Wow, we’re meeting with the governor, we have access’ to a realization that justice is more important than access. The fundamental change was that we can no longer think in terms of what we can win, but we have to think about what we must do to survive. The veto meant that some of these peoples’ lives would be shortened, and for people with AIDS, it’s all about survival.”

At VOCAL, Jaron also put together the invasion of House Speaker John Boehner’s Washington, D.C. office by hundreds of AIDS activists last Nov. 27. Seven of them stripped off their clothes to reveal slogans like “AIDS Cuts Kill” painted on their bodies. This got an enormous amount of media coverage.

“I love VOCAL, and I loved the job,” Jaron says—but he almost turned the job down. “I didn’t know enough about HIV/AIDS,” he explains. “Then I thought back to my work with ACORN. My parents had neighbors, an openly gay couple, one of whom was HIV-positive, and they were having a problem with their landlord, which we helped them solve. If they had not been close friends with my dad, I would not have known that they had a problem. So I realized that I could do this job as an organizer and learn the subject.”

So why leave a job you love? “I see the problems facing the tenant movement today, and I see the opportunities. We need to build the movement, and Met Council is the logical organization to help do this. My housing experience as a child has shaped my worldview. Housing is the human right that makes life, liberty, and the pursuit of happiness a possibility. But the ability to realize this human right is directly related to power, and power is not directly related to racial, social, or economic justice. Our task is to create a more just society.”