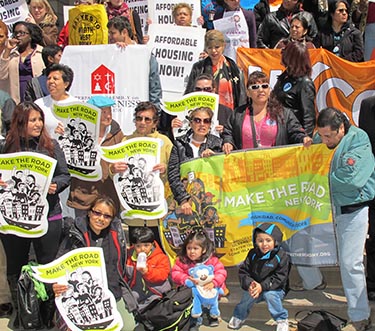 Trying to influence the de Blasio administration in advance, the Real Affordability for All coalition released its own affordable-housing plan April 24 at a rally at City Hall. Both the RAFA plan and the mayor’s criticized the old “80/20” model, called for reforming the 421-a tax program, and would require developers to build affordable housing in exchange for being allowed to construct taller buildings, but they differed in two key aspects.

Second, the RAFA plan recommended financing affordable housing through a “flip tax” on sales of high-end residential properties, “aggressively” taxing owners of luxury condos who don’t live in them, and reforming property taxes, so that owners of low-rent multiple dwellings pay a lower rate, but owners of vacant land pay more. The de Blasio plan includes none of these ideas. It relies mainly on tax credits and incentives to encourage developers. 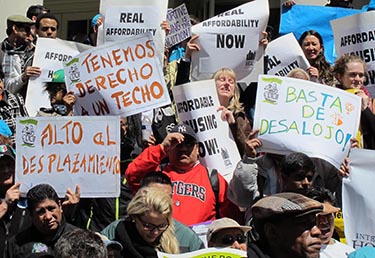