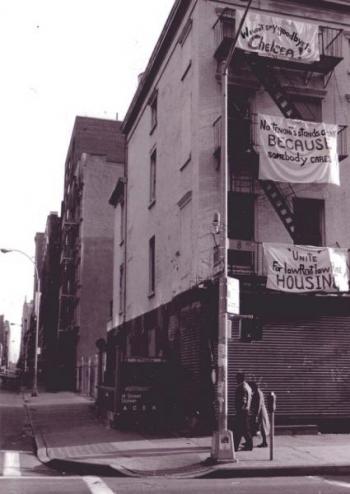 Many programs that promise “affordable hous-
ing” fail to deliver, claimed speakers at a March
27 conference at Hunter College. Invitations
to the event, “No More ‘Affordable’ Housing Scams,”
contended that many such programs “benefit developers
more than communities,” are too expensive for most of
the residents in the neighborhoods where they’re built,
and “were designed to fail” by having built-in expiration
dates when units can revert to market-rate prices.
Many organizers and advocates who attended the
event are working to prevent the housing stock cre-
ated from such programs in earlier decades from being
converted to market-rate. This pattern is set to repeat
itself, panelists argued, if underlying problems are not
addressed.
Provisions written decades ago to permit Mitchell-
Lama and Section 8 developments to leave those
programs are now widely criticized. But similar expi-
ration dates are still features of nearly all of the most
commonly used affordable-housing initiatives, such as
the 80/20, 421-a, and the Low Income Housing Tax
Credit programs.
The hype over new units, panelists noted, also dis-
tracts from the loss of far greater amounts of existing
subsidized and regulated apartments.
“The myth of affordable housing,” said Peter Marcuse,
professor of urban planning at Columbia University,
is “the idea that if we accept the term ‘affordable’ as
our goal, and then have programs that give us afford-
able housing, that we’ve solved the housing problem.
I think that’s nonsense… most of the housing that’s
called affordable isn’t affordable to most people, it’s
time-limited, it’s much more a decoy [for] providing