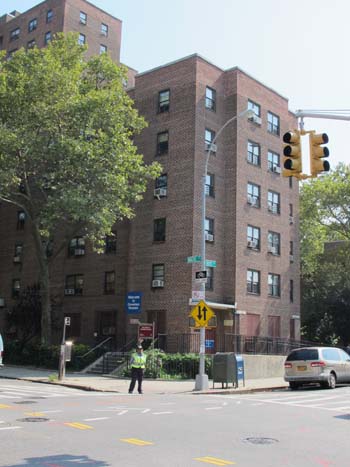 The New York City Housing Authority (NYCHA) hasn’t received this much attention in a long time. In a scathing series of articles, based largely on a leaked $10 million consultant report, the Daily News virtually declared NYCHA incompetent. NYCHA’s financial problems result from chronic government underfunding: an operating deficit of $61 million this year, a $6 billion backlog in capital improvements, and more federal starvation in store as Washington tries to reduce the deficit. For residents, it means long waits for needed repairs, unpredictable elevators, rapidly deteriorating conditions, and shrinking management staff to address them.

The turnaround in NYCHA’s image is dramatic. Long regarded as a high-performing housing authority, NYCHA runs the nation’s largest public housing program. Its 180,000 apartments house 500,000 residents in 340 developments. To its credit, it has avoided the disasters that resulted in wholesale demolition, redevelopment, and wrenching resident displacement in other large cities, such as Chicago, Atlanta, St. Louis, and Newark. Yet the consultant report uncovered serious operational shortcomings, and proposed management and structural changes that NYCHA’s 75-year-old bureaucracy must and, no doubt, will address.

To remedy its funding shortfalls, NYCHA’s Roadmap for Preservation, released last December, outlined new directions to assure the future of public housing. The Roadmap mainly points toward raising revenue from redevelopment, by leasing or transferring “underused” property for the private development of mixed-income housing, schools, commercial and retail facilities. Market conditions permitting, it will borrow private capital for major improvements and offer developers inclusionary incentives, such as letting them construct taller buildings, in return for operating revenues. The Authority plans to release a comprehensive redevelopment plan in early 2013. A list of “prime-market” developments will be targeted for early action. While existing buildings will not be “privatized,” NYCHA residents will have to make way for private development that could change the fabric of their communities.

NYCHA’s private redevelopment activities are not new. In recent years, they have been launched at the St. Nicholas Houses in Harlem, Harborview Houses on the Upper West Side, the Washington Houses in East Harlem, and more. At the Washington Houses, for instance, parking lots and open space will be used for construction of mixed-income housing and the RBI Charter School.

The federal Department of Housing and Urban Development’s Section 18 regulations require that authorities “consult” residents in affected developments if they plan to dispose of any property at their site. However, experience indicates residents are often unprepared when NYCHA comes knocking at the door with a plan to sell. A third of NYCHA developments have no resident association, and those that are organized usually depend on a small active core of overburdened leaders, with low participation from most residents.

The HUD-required Section 18 consultation offers residents some leverage in negotiations over the plan. Tenant associations can gain important concessions, such as getting some places reserved for current residents in the new mixed-income housing and the charter schools, and Section 3 training/job opportunities in constructing them. But the associations are often overwhelmed by NYCHA planners, and don’t know their rights to pursue their legitimate interests—to open space, environmental protections, and a binding agreement with NYCHA and the developers. With only NYCHA to rely on for advice, they are like chickens counting on the farmer.

To give residents and the community a more effective voice in NYCHA redevelopment plans, the New York City Alliance to Preserve Public Housing has been pressing for greater transparency and accountability. In response, HUD recently notified authorities that Section 18 disposition proposals must, in addition to consulting residents, go through the Annual Plan process, that is, a written plan, a 45-day review period, and a public hearing. The Alliance is pressing for “special” public hearings on Section 18 plans, so they get more attention than a three-hour hearing on a 200-page Annual Plan can provide.

Most important, the Alliance proposes that independent technical assistance be made available to resident associations facing redevelopment plans. Lawyers, planners, and environmental consultants can help residents identify issues, assess options, promote their interests, and secure agreements in development proposals, which are highly technical.

Such assistance need not cost NYCHA an additional dollar. The authority has $15 million in unspent HUD funds for tenant participation that has been accumulating since 2003. Some of that money could be set aside for this purpose. That would require approval from the Citywide Council of Presidents (CCOP), the officially elected citywide body licensed to represent residents in NYCHA decision-making. To date, the proposal has not received any response from CCOP. It is time for CCOP to speak up for the residents it represents, who will increasingly face private redevelopment plans without the resources they need to protect and strengthen their communities.

Victor Bach is Senior Housing Policy Analyst at the Community Service Society (CSS) and coordinator of the NYC Alliance to Preserve Public Housing, a collaboration of resident leaders, advocates, and concerned elected officials.