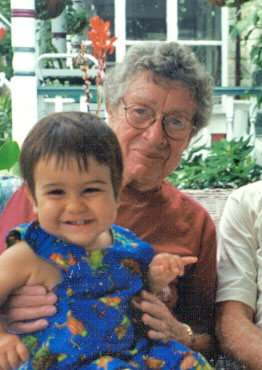 Rosel Lehman, a longtime member, activist, and membership director of Met Council, died this fall. If you were a member, got a newsletter or other mailing, or volunteered at Met Council during the 1990s or 2000s, you were touched by Rosel Lehman. She was the woman behind the curtain, the one who kept the wheels turning at the center of the organization.

She first appeared in the offices of Met Council with her husband, Franz, a longtime board member who died in 2000. Rosel came to us after retiring from her job in a chemistry lab. She very much wanted a volunteer gig that was behind the scenes, and got satisfaction from running the membership department, doing the bookkeeping, and managing the volunteers who did the mailings. In the days before e-mail, paper mailings and phone calls were the organization’s lifelines—how we communicated with our members, and how they communicated with us. She was also happy to provide a body for demonstrations and hearings, but, despite a sharp wit and keen intelligence, did not like to speak in public or draw attention to herself.

Rosel was a regular volunteer on political campaigns, and was especially interested in helping to elect progressive candidates on the Lower East Side.

She was physically tiny, and even in her nineties, she worked so fast that she left us breathless. The last time I saw her, at a dinner to celebrate her birthday, Scott Sommer and I tried to walk her back to her apartment afterwards, but the two of us (who were close to half her age) were unable to keep up with her. Rosel and Franz were ski enthusiasts and went camping a few times every summer until they were well up in their eighties. Fit and active, they were models of good health—physically and politically.

Rosel was born in Germany and left for the U.S. as a teenager before World War II. She lived near Albany and met Franz, a refugee from Nazism who’d arrived in 1937. They were married in 1946, after he returned from serving in the U.S. Army in Europe.

In 1948, they moved into the newly opened Stuyvesant Town. Metropolitan Life, the complex’s owner, would only rent apartments to whites, so Franz and Rosel joined with a group of neighbors to form the Committee to End Discrimination in Stuyvesant Town. To defy and protest that policy, the committee helped an African-American family move into a vacant apartment.

Met Life responded by trying to evict the Lehmans and over 40 other families, but the eviction attempts failed, and the company ended its policy of official discrimination in 1950. The committee lobbied the City Council until it enacted the Brown-Isaacs bill, which prohibited segregation in city-assisted housing complexes, in 1951.

Rosel and Franz stayed active in the tenants’ rights movement, and Rosel lived in Stuyvesant Town for the rest of her life.